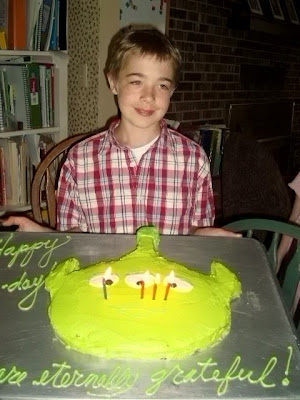 He came into the world with his fathers temperament showin' off his exuberant lung capacity for all to be aware that he'd dropped anchor on this earth. He was the baby that we gently stroked, rocked and walked incessantly simply tryin' to discover any magic trick that might soothe the beast within. Even though he could holler louder than a stuck pig, this tiny little squealer had my heart. Yep, this Ozark farm chick was a goner...it was love at first sight. 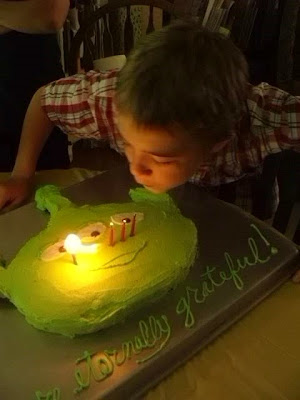 This little unequivocal clone of his daddy had an imagination that reached to the moon and back and yep, he knew how to use it. He could hold full intensive conversations with invisible beings and build massive complexes with materials only seen by his clever pint-sized peepers. Doctors visits and waiting rooms were never dull or boring. The little fella once crawled through the entire Springfield Zoo on all fours risin' only to tower over smaller animals (and children) to belt forth his humongous grizzly growls. 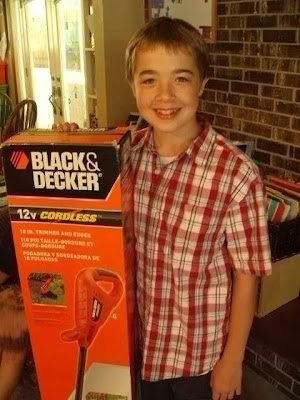 He's the innocent youngun who crawled into my lap with his pudgy little arms wrapped around my neck and announced quite boldly, "There are no bombs on eBay Grandma Muzzie!" Why, during our last Camp Grandma I gave the boys some fireworks left over from the previous year to 'shoot' some time and this one came inside for a roll of black tape which I delivered immediately 'cause I'm just that kinda Grandma . Then he nonchalantly responded, "unless you have a problem with sparkler bombs." (This request was only done for my reaction...the tape went quickly back to the tool box) Now hold on to your bloomers, the lad can't help it....the pyro gene runs in our family. We never run short on pyrotechnical alpha males during the Forth of July Bash. Besides, we've got to keep some trainin' in the bull pen ya know.....some are gettin' a little long in tooth for such explosive shenanigans. I won't go there, you know who you are! 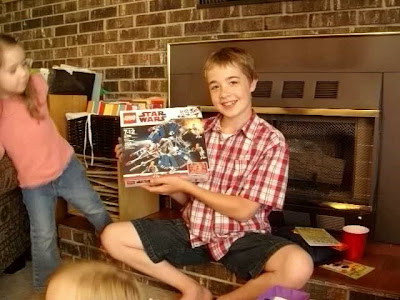 The Earth and our family was blessed the day Ethan Issac (Ike) arrived. He entered the life of a teenager by reciting both I Corinthians thirteen and Philippians four from memory at his thirteenth birthday party. Soundin' like the boastful rockin' grandma chick I am, he's quite the young gent. Able to speak Latin and takin' first trumpet chair at District Honor Band , Ethan also has his own lawnmowin' business during summer break. Maybe a little OCFD (Obsessive Compulsive Flower Disorder) runs in the family too...Heeehehehe! He is a polite young man of God, a wonderful big brother and a great help to his Mom and Dad. Now, if that doesn't make this chick's heart sing ya'll best call the coroner and check my pulse. This gals proud as punch to burst her buttons as Ethan sings that Beach Boy's hit written by Brian Wilson and released by Capitol Records August 24, 1964 , "When I Grow Up To Be A Man!!!"

Note: No fingers, toes or grandkiddos were injured durin' this blog
Posted by Nezzy (Cow Patty Surprise) at 11:54 AM 76 comments:

WHERE IN THE WORLD IS BILBO.~~~MINOT, NORTH DAKOTA~ (Travelin' Man) 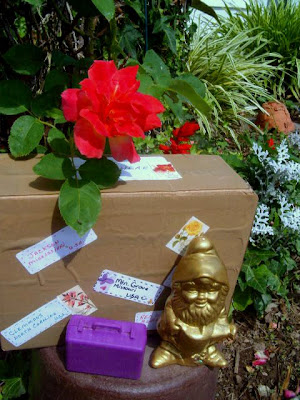 Wishin' my mammary glands would shrink is something this gal never thought she'd do when she was a young farm chick just commin' into her womanhood. In the midst of my shingle outbreak the Zora trekked from my backbone 'round my side to the tip of my left Grand Teton, Alfred. The blistery mass also made a beeline from my breastbone to Alfred's peek attacking from the other side . Poor Alfred was blown up like a banded bull gone bad and felt like a bowling ball strapped to my chest. Everything has gotten better but I continue to have a belt girdled around me where I'm experiencing posterpetic neuralgia along with swelling that leaves poor Alfred playin' peek-a-boo over my brand new Warners. This is where the docs would prescribe ya anything from antidepressants to morphine. Ya, like this natural woman is gonna do that! The hyperesthea (oversensitivity) and paresthea (pins and needles to numbness) are kinda' entertainin' to play with. I can press on my forehead and feel it beside my nose on my cheek. A spot on me leg when touched sends tingly sensations to my ankle...freaky huh? What a girl won't do for amusement stuck out in the middle of nowhere. I AM takin' it easy... well, as easy as a chick can take it on a busy farm and do so appreciate all the prayers, well wishes, emails and surprises delivered by Larry the Mailman. I am blessed. Do I have the best followers or what?

I am so gonna miss the best little ranch hand I've ever had. Yep, that little Bilbo said he was tired to the bone and packed his little purple bag and travelin' trunk 'cause he's a real travelin' man at heart. He told me he didn't care if he didn't see a tractor, lawnmower or bovine for a very, very long time. He'd had enough of farm livin' and should be landing in Minot, North Dakota today. He'll be spening time with Jessica over at IT'S NOT THAT BAD. I'm bettin' sweet Jessica, her hubby and adorably delightful children will show Bilbo the time of his life. Hopefully he can rest up and recover from gettin' down and dirty here on the Ponderosa.

Right off of Billboard's Hot 100 1961 number one hit singles, I can hear the little garden gnome singin' "I've make a lot of stops all over the world" just like that handsome Ricky Nelson. Yep, from Buckingham Palace to the Ozarks that Bilbo is a tried and true "TRAVELIN' MAN!!!"
Posted by Nezzy (Cow Patty Surprise) at 2:00 PM 73 comments: