OVER THE RIVER AND THROUGH THE WOODS 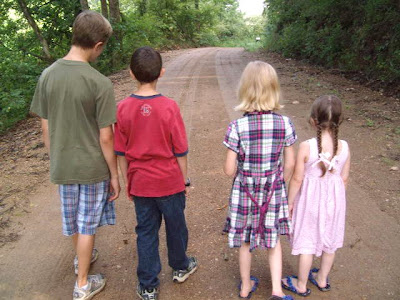 Folks, this chick's wore down like a professional beggar's old shoe. Hubs was tellin' everyone we were goin' on vacation and yes, we did get away from the wild~eyed cattle and off the Ponderosa for a whole week. This is Venus vs. Mars baby and I'm callin' it a "work'cation". That's my final answer and I'm stickin' to it! We just returned from our long trip to Brownsville, Texas to visit my sweet Mama. Don't get me wrong, we go with full intentions of fixin' up and helpin' out as much as we can but I've had the energy of a smashed bug since we returned. Late summer the grandkiddos (I call the Fab~Four) got to make their own little journey to Camp Grandma.

Since the Ponderosa is truly over yonder and in the edge of nothin', we have to make our own entertainment. Ya know how you have good intentions of gettin' pictures of everything you've planned to do and then it hits ya the last day of Camp that you've been too stinkin' busy to pick up a camera, little lone take pictures??? Yeah~ me too... so all I've got to show ya'll is the lonely last day of Camp Grandma! 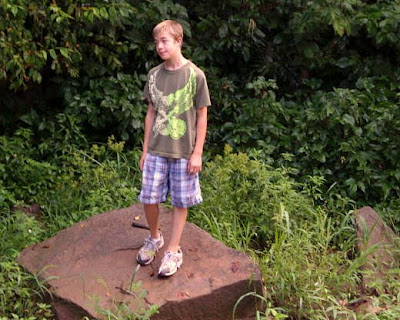 We went rock climbin'. This is Ethan the clone of his father, Geek Son. This kid is has always been old for his age and knows more than a Philadelphia lawyer. He's generally the first to pull out the leftover fireworks as he loves to have a 'blast' as much as his Rockin' Grandma does. He has a great attitude that spreads just like Kudzu!!! 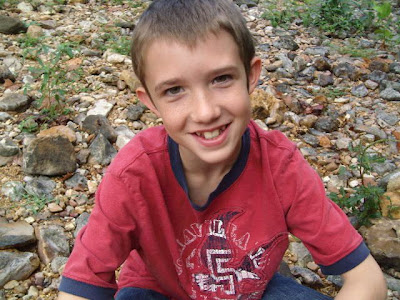 We hunted for arrowheads and reptiles in the creek bed. Joel is our mad scientist and agile climber. He's always been able to climb up anything slicker than a harpooned hippo on a wet banana tree. If we ever lose Joel we've learned just to look up. He looks like my Dad and also portrays his prankster personality. When I'm missin' my Daddy all I have to do is look at this face and he flashes me the same familiar smile I grew up with. 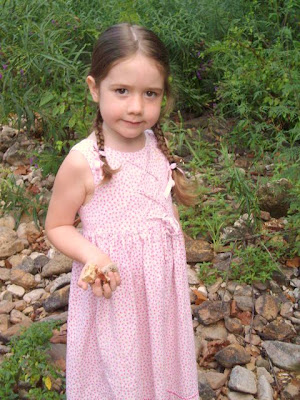 We collected beautiful rocks. Some we're oddly shaped while others glittered in the beautiful summer sunlight. Little Miss Laura Ingalls...oops...I mean, Little Miss Sarah won the "Most Accidents Award" at Camp Grandma. I swear, this one could get hurt in a padded rubber room! She was injured so often, she'd look like she was gonna start cryin' like a pine knot in a sawmill then we'd look at each other and start laughin'. Cracked me up! Good thing she's tougher than a hungry one eared alley cat yet as sweet as southern tea! 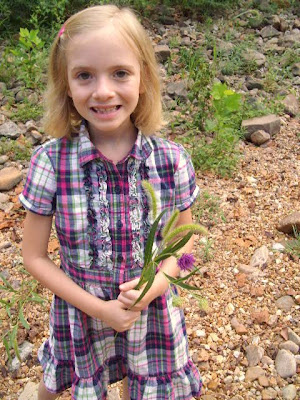 We picked beautiful wildflowers. Prettier than a box full of speckled pups, (Mini~Me) Miss Honor shares my love (sick obsession) of flowers. Durin' Camp Grandma she dissected flower petals and covered my entire deck with a mass of brilliant color. (Sorry, no pics...I was busy feedin' the masses.) She's an artistic little soul with a heart as big as Texas and truly believes that she's a royal princess. Watchin' her is like peerin' through the lookin' glass at my little girl self. 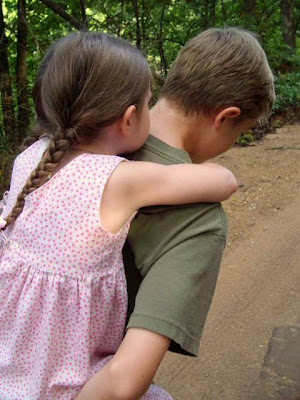 We hiked many miles but someone with tired little feet thumbed a ride to hitchhike the rest of the way home with the help of big brother. Some people are just as cute as the dickens and know how to use it. 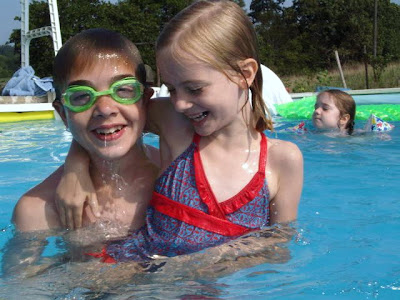 It was hotter than a mess of collard greens on the back of Granny Walden's old wood cook stove that week so there was lots of swimmin' where Honor lost her fear of the water. She sure gave the 'boys' a run for their money!!! 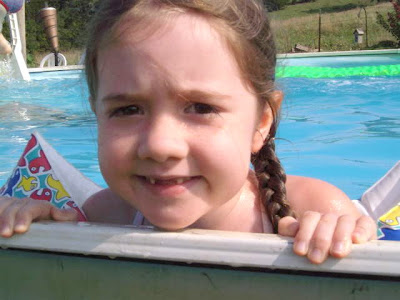 I had trouble keepin' the Toothless Wonder's water wings on her. She wanted to fearlessly swim across the pool without 'em. We struck up a bargain where she wore the wings the first half of the swim then she let Grandma Muzzie stick close by the last half. See that florescent lime green mat floatin' in the background? 'Doesn't float so good anymore. Heehehhee!!! 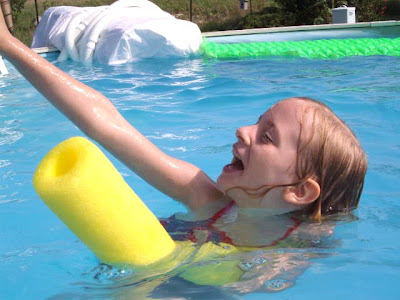 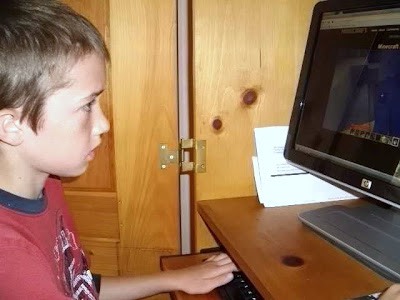 When we tired of hikin', climbin', swimin' and smashin' giant boulders we still had the energy to battle Galactic beings and conquer the universe. They do have the genes of that caped wonder 'Super Nezzy', ya know? 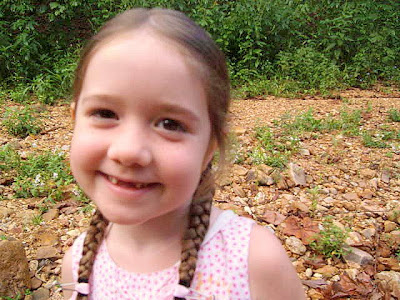 Most of all we had loads of smiles and heaps of fun. "Over the River and Through the Woods" was originally written as a Thanksgiving poem in 1844 by Lydia Maria Child from her childhood memories of visitin' her own grandparents home. It wasn't 'till 1951 the Andrews Sisters and Danny Kaye put it to music as the song we know today. I pray the memories made at Camp Grandma will make my grandkiddos sing happily forevermore, "Over the River and Through the Woods" to Grandmothers house we go!!!! 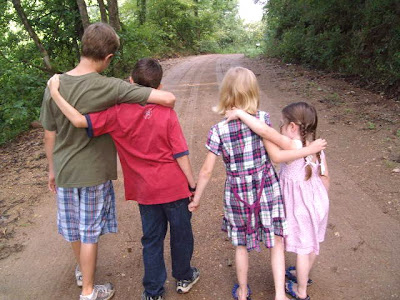