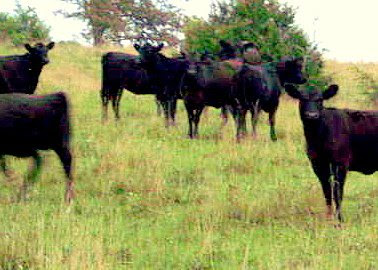 Here we go...it's Deep Clean Friday! This Ozark farm chicks favorite day of the week. It's been awhile since I posted a Deep Clean Friday and I didn't want ya'll to think I'd fallen plumb off the wagon and stopped cleanin' the old Ponderosa homestead. Nope, no living in filth here 'cause I'm Nezzy and I take cleaning eminently serious. The dishwasher's swooshing, washer's gyrating, tub jets whirling and the dryer is tumbling a big batch a dungarees . Anyone dizzy? All nick~knacks are dustless and the carpets vacuumed. The mud room floor is as shinny as a new lustrous copper penny. The dust-bunnies are washed from the furnace filters and those nasty little germy faucet screens are disinfected. Go ahead, turn me into Cleaners Anonymous, schedule me for meetin's and assign me a sponsor but I can't help myself. Cleaning is like my chocolate, it relaxes me, soothes me and makes me happy. We all know what happen if mama ain't happy!

Now let me take ya'll back a few weeks. The week the temperatures barely rose above zero. The week we had the dreaded Ozark's ice and nine inches of snow layin' on top of it. The week we had scheduled to take the Young Guns to market. The Young Guns were gettin' huge and the market was good. The plan was that we would load them on our twenty foot gooseneck trailer hauling them the the Teeny Town Sale Barn to be loaded on a big double-decker pot going to a larger sale barn south of us. This would take three trips with the long necked trailer to accomplish this endeavor 'cause these Fat Alberts were large in number and ahhhhum, a little chubby.

We started a little after seven that morning with the thermometer also sittin' on a whoppin' seven degrees. I had on my yoga leggins, jeans over the leggins, two pair of socks, at tee, a sweatshirt, a stocking hat, a Carhartt hoodie, Carhartt coveralls, gloves inside gloves and my barn boots. Ya'll worried about my undies? Didn't ya know underwear is optional here in the Ozarks? I was set for the task before me except it was still dark as oil on a tire and the cattle were black. Oh, did I mention I'm night blind? Looking like the Michelin Man blindly maneuvering the snow like a blundering klutz, I was a willing help-meet who was ready for action 'cause I had my big old yellow cattle stick in hand. Taking all factors into consideration Hubby and I penned and separated the cattle without the usual mishaps. Woohoo!!! Soon the first load was off and I was back in the house huggin' my warm fireplace.

Less than an hour later, Hubby was back loadin' the second batch of big boys also without calamity. Yippee!!! This was reason to open the freezer to pull out the leftover Christmas fudge and celebrate 'cause things rarely go as planned here on the Ponderosa. Then ten minutes later it happened with the ring of the telephone. I could hear,"..I.... nee...bring...ep.....and...ug....ak." Cell Phones!!! Ten minutes later the phone rings again after Hubby hiked to a house and begged the use a land line, "I need you to bring some ashes, I'm really stuck on top of a hill." Well, I had just cleaned the fireplace and I wasn't about to put blazin' red hot embers in my car. After pondering a suitable substitute for ashes, I grabbed up some Quickrite dry cement along with a couple bags of ice cream salt and headed out patting myself on the back for my resourcefulness. Instead of taking the blacktop roads that were brined and bladed Hubs took the narrow hilly cow trail country road because it was half as far drivin' the back way as it was to take the highway. I set forth to find Hubby discovering the glossy road was as slick as cow snot. Carefully maneuvering skinny twisted ice packed road, I finally reached 'the hill' immediately turning around to go back to the Ponderosa to retrieve a pick. I so wish I had grabbed my camera to capture the discombobulation that Hubby, his truck, gooseneck and Young Guns were in.

The big brown four wheel drive farm truck had slid wedging its helpless self against a mammoth gigantic tree. Good thing 'cause if it hadn't all would have descended and plummeted over the ledge and down the tall bluff. The gooseneck carrying the cattle had jackknifed just a bit completely blockin' the road. Hubby chipped the ice with the trusty pick, spread the dry cement around the buried tires and began to gun the vehicle's motor smokin' the spinnin' tires and shifting the cattle trailer toward the polar ledge with no avail. I could just see the Young Guns plunging to their death at the bottom of the ravine and there goes our bread and butter baby! Hubby get's out of the truck sayin', " I guess we need to go get a tractor." Well this farm chick knows what that means. My favorite sayin' around the Ponderosa is, "ya want me to do WHAT???" It means this chick is on massive farm equipment she's not confident operating pulling a 3/4 ton flatbed and twenty foot cattle trailer stuffed with obese bovine on an icy Ozark cliff. I could not see this ending well by any stretch of my very vivid imagination. This is when I heard Hubby softly said,"or call Big D." "Yes, Yes, oh please call Big D", I squealed like a cheerleader with new pom~poms. Big D drives an enormous bright-red wrecker that had pulleys, chains and all the bells and whistles for such predicaments. Man help, filled with muscles oozing testosterone and burly man spit. That's just what this job required.

Big D came to the rescue securing the liberating wrecker to the side of the mountain above winching the cattle train up and over the icy hill to the blessed blacktop road. The second load of Young Guns traveled safely to the waiting semi pot at Teeny Town Sale Barn but it was too late for the third load to make the journey. They would have to wait to make the run to market the following week. Just like the title of the 1959 Rogers and Hammerstein's show-tune song, this Ozarks farm chick was sooooo delighted she did not have to mount that big old blue tractor and help that cattle train "Climb Ev'ry Mountain!!!
Posted by Nezzy (Cow Patty Surprise) at 6:30 AM