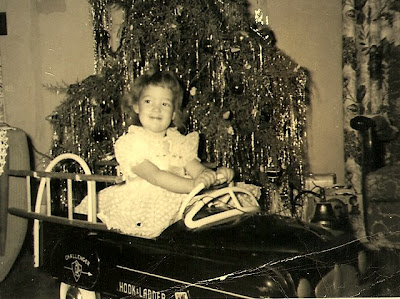 "Lettin' the cat out of the bag is a whole lot easier than puttin' it back in," was a sayin' heard frequently from my Pappy Walden's soft spoken voice. "Well I am no thief, but a man can go wrong when he's busted," was what Nashville Songwriter Harlan Howard wrote in 1962 for Johnny Cash but the song "Busted" wasn't a smash hit 'till Ray Charles sang the soul version in 1963. Yep, that Charles was known for havin' a lot of fun with his songs and sang it from the prospective of a dirt poor farmer who could really use a government bailout. The floundering farmer couldn't borrow any cash 'cause everyone else was busted too! Sound familiar??? This song might have had a whole different meaning if Granny Walden had a hold of it. Ya'll did not want to be the one to fall in the wrath of my Granny Walden. Everyone in the county knew who ruled that roost and poor Uncle Wilbert was about to be busted as Dolly Parton.

When we pulled in the drive from our Albuquerque trip Mama saw her beautifully open back porch completely encased by lush gourd vines, the woman went off like a cannon during the Civil War. Well, poor Daddy thought he had done a good deed by stringing the invasive seedlings up and keeping them alive all summer. The Battle of You Did~~Who Did was on as we pushed our way with suitcases in tow through the dense green forage into the house. That's when this prosperous independent little farm chicklet had the let that wild kitty out of the bag and divulge my plans of attaining the affluent life of a three year old and how it came to be. I can remember Mama and Daddy shoutin' in unison, "you Uncle Wilbert told you WHAT???" I knew right then and there my bachelor uncle was as busted as a can of biscuits whacked hard against a sharp edged counter and my little heart sank as faster then a horseshoe tossed in a pond.

I had dreams of that new toy Singer sewing machine or a Mickey Mouse doll. I was quite smitten with that Annette never missin' an episode of the Mickey Mouse Club. Maybe I'd buy a bunch of socks so Mama could make sock monkeys for all my friends. My plans for adding some new red vinyl 45's to spin on the old turn table went out the window along with keepin' Mama in those Toni Home wave kits so I could have the curls of Shirley Temple she wished upon my board straight hair. Yes, the dreams of endless cream soda and nickel chocolate bars were no longer in my grasp......so I thought.

Swanked by my Granny Walden and trapped as a southern gal in a six~tier skirt, Uncle Wilbert was ordered to purchase my gourd harvest at the market price of five cents apiece. Nobody ever argued when the verdict came down from Granny. All's well that ends well. It was a rich harvest, rich as the black soil that propagated the seeds planted by my young enterprising fingers. This little Ozark chicklet laughed and danced on the porch that crisp autumn day as my cash crop was harvested and purchased by my Uncle Wilbert who was just soooo "Busted!!!"

Posted by Nezzy (Cow Patty Surprise) at 9:41 AM