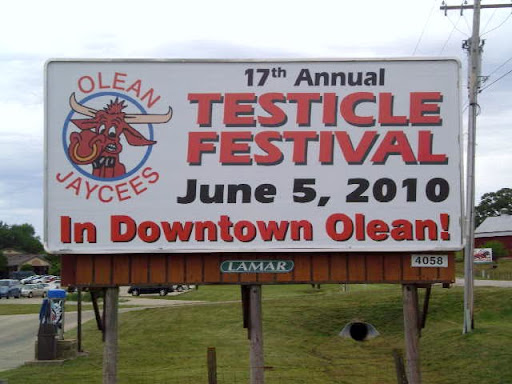 My dear Granny Walden used to say, "girl...if it has testicles or wheels watch out 'cause it's gonna give ya a whole heap of trouble." This is the same wise woman who told me when she found out I was about to marry a dairy farmer, " you walk into that milk barn and act like ya never seen a cow before, child, 'cause if ya start milkin' you'll be the one stuck with it 'till the day the good Lord takes ya home." I decided my Granny was one smart cookie so I obeyed and never ever milked the cows but let me tell ya'll I've done 'bout every thing else up and down these Ozark hills and hollers that would boggle a three year old's most vivid imagination. We farm wives learn to read our men but I've never ever made it a secret that my favorite sayin' 'round here is, "ya want me to do what???"

In plannin' our fairytale life this Ozark Farm Chick didn't include visions of rakin' hay, drivin' loaded semi's outta swampy mud of the silage pit or pullin' said semi' outta that pit backwards with the big blue tractor. Nor anywhere in our weddin' vows did I say," I promise to stand at corrals covered in sweat, manure and the dust that the wild~eyed cattle stir up to fill vaccination syringes, hand knives for castration, pass dehorners to lop of horns, hold straws to inseminate cows and still have a good meal on at noon for the hungry Strongbacks (farm hands) all while singin', I Am Woman." I am as ya know... (super) Nezzy! Durin' the thirty eight years of wedded bliss to the man of my dreams, I've learned a thing or two about our dog huggin' critter lovin' rural farm fellas.

They can remember the purchase price of the old cow that bit the dust ten years ago, the fertilizer rate five years ago, the seed population from last year, the current cattle market average and crop yield rates but cannot remember the gallon of milk you need without a written note and five reminder calls durin' the day. I've learned that these fine gents will never ever throw out one of those plastic five gallon buckets or any rusty bolt and piece of scrap metal that they may just need someday. We farm chicks know that our men may know nothin' about fashion but they all have a special cap they wear to work, one especially for the local livestock barn, one just for a farm auction, another to plow in and the 'good' one that's put back for that rare vacation.

I would never ever ask my Hunka Hunka Burnin' Love for the use of his pocket knife 'cause we farm wives know that same knife has been used to castrate newborn calves, scrape the manure off nasty barn boots and peel an apple for the hungry man's afternoon snack. I've always had a theory all farm fathers teach their sons to run over their wife's favorite flowers or tiny strugglin' tree so that 'she' will never ever 'let' ya mow the yard again!!!' I can hear 'em sayin' , "ya only have to do it once!" Sure worked that way here on the Ponderosa.

There are just a few items we ever lovin' farm spouses would like for our honeys to know about us. A good farm wife can throw a meal together in two minutes and serve that meal six hours later if necessary. We are as comfortable operating large farm equipment as our guys would be in a barbed wire jock strap. Just sayin'! We don't view a trip out the the workin' pens on a Saturday night to sort cattle by flashlight as a night out. A trip to Bass Pro is not considered the perfect date night. We truly aren't convinced a deer head or a dead varnished fish adds ambiance of our home's decor. We farm chicks love our fellas more than chocolate cake heaped with fudge icin' and we'll do anything for 'em.

Hubs took this picture on the way to Jefferson City last summer. Yes Virginia, there is really an annual Testicle Festival. "Walk Like a Man was the song The Four Seasons recorded under some extraordinary circumstances. March 2, 1963 the voices of lead singer Frankie Vaili and the bass tones of Nick Massi echoed in the recording studio of the Abbey Victoria Hotel which caught fire durnin' the session. The group locked the door and refused to leave before the song that remained at the top of the charts for three weeks was completed. Gotta be a man thing! It wasn't until the firemen broke through with their mighty axes that the group left the building with their hit song in hand determined as a farmer gatherin' their last stray into the herd. I'm thrilled I married my farm fella and wouldn't have it any other way. These country men sure know how to love a gal as we gush and swoon while watchin' 'em "Walk Like A Man!!!"